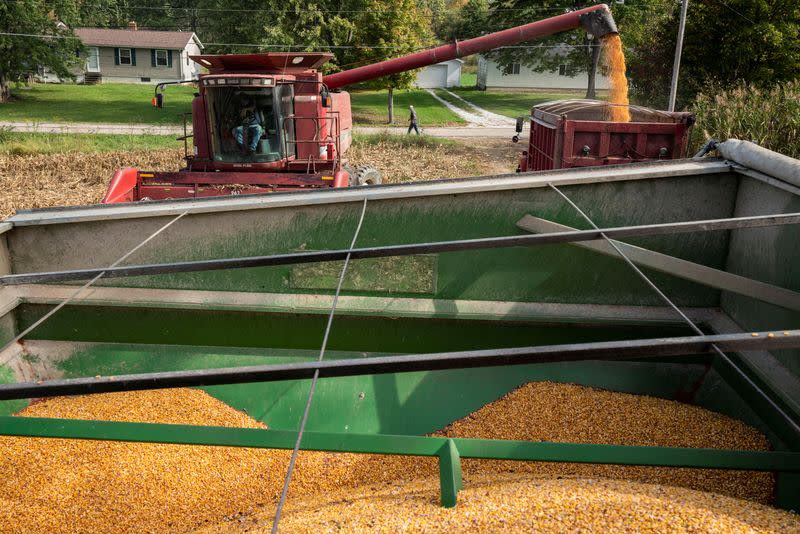 He did so even as high crop prices suggested strong demand for the sugar beet and silage machinery his company makes ahead of spring planting season.

“Normally we begin selling equipment in early November,” said Dahl. “Largely because of the uncertainty of the supply chain, we limited what we were going to build.”

A shortage of raw materials saddled manufacturers with increased costs even before Russia’s invasion of Ukraine sent gas prices sky-rocketing and darkened the global inflation outlook. Now, overall costs of materials for Dahl have jumped 21% year over year through March while the price of steel has doubled, putting him in a delicate situation to price equipment and control costs.

Bigger equipment manufacturers are also fighting to protect margins after farmers flush with cash have helped them book record profits over the past year.

Deere & Co said on a recent earnings call it would be pausing advance orders for equipment not already in stock, though it maintains a positive outlook for margin growth.

“Our order books across all of our businesses are mostly full for the year, except in a few cases where we paused orders to allow for more dynamic pricing,” said John May, Chief Executive Officer, on the call.

“With high inflation, we’re being careful how far out we go,” Chief Executive Officer of CNH Industrial, Scott Wine, said in an interview. “If [input] prices rise too much, we’re not going to sell something and lose margin.”

Farmer income is expected to drop by $5.4 billion from 2021, according to the U.S Department of Agriculture, as federal aid payments given during the pandemic ease. But tractor sales remained solid in February as farmers eye high crop prices, increasing 9.2% from the same time a year ago, the Association of Equipment Manufacturer’s latest report showed.

Still, inflation has companies weighing to what extent they can pass costs on to consumers. As prices of raw materials continue to rise, companies may need to find other alternatives to cushion the impact on big price-tag equipment like tractors and keep margins intact, analysts say.

The global chip shortage had led automakers to bring production on key parts like electric vehicle batteries in house, while also moving to lock in the supply of key materials like lithium through longer-term contracts or even investments in mines.

For Dahl, miscalculating inflation has proven to be costly. Now, all cards are on the table to preserve profits.

“We did not raise our prices quickly enough, so we’ve had some profit erosion, said Dahl who has increased prices by 18% since last June. “There’s only a couple of components that we’re single-sourced on so we’re taking a hard look at all alternatives.”

Blockchain
We use cookies on our website to give you the most relevant experience by remembering your preferences and repeat visits. By clicking “Accept All”, you consent to the use of ALL the cookies. However, you may visit "Cookie Settings" to provide a controlled consent.
Cookie SettingsAccept All
Manage consent